Sydney Devine will be undertaking a Scottish tour this spring, including a night at Falkirk Town Hall on Saturday May 4th and at Stirling's Albert Halls on Friday May 24th.

Sydney Devine headlines an impressive list of artists appearing at the 25th Annual MIllport Country Music Festival. Sydney previously performed at the festival in 1996.  Other artists appearing over the weekend of August 30th-September 1st, include Sarah Jory, Kerry Fearon, American Young, Simon James and Lockeland. See the poster below for full details.
There will also be a day cruise "doon the watter" aboard the Waverley, timed to catch the main stage acts during the day. 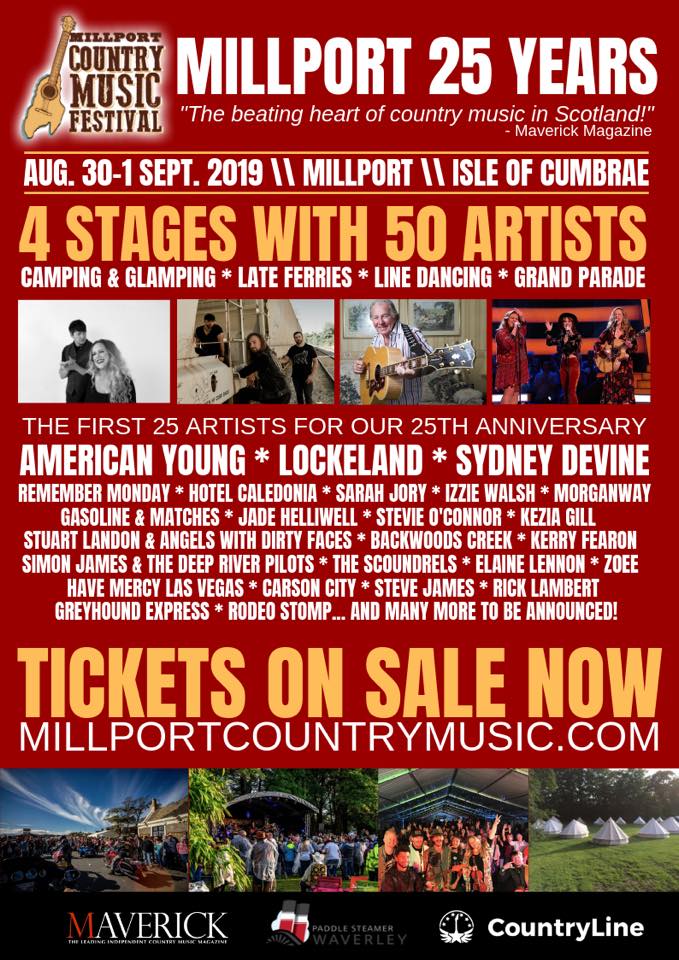 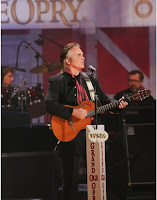 Hal Ketchum, best known for hits like "Past The Point Of Rescue" and "Small Town Saturday Night" has been diagnosed with Alzheimers/ Demetia. His condition was revealled in a Facebook message from his wife Andrea:

Dear friends and fans of Hal, this is Andrea, Hal's wife.
I know everyone is wondering why there are no future tour dates, and speculations as to the reason.
Our family would like to share the cause for this.
Unfortunately, Hal is suffering from Alzheimer's/ Dementia. He has been battling this for some time now, but because of his love for his fans, he continued performing as long as it was possible.
Dementia is an exhausting and confusing illness and now it's time for Hal to stay home with loved ones.
Hal is otherwise healthy and happy, enjoying time with his family and friends.
We all deeply appreciate how much love that you all have for Hal and how much his music means to you!
Also, a heartfelt thank you to all the incredible musicians that have joined him on this journey, with more than special love to Kenny Grimes, without whom , this last year of shows would not have been possible.
Please know that I do read all of your comments to Hal and that we will continue to check in from time to time.
Lots of love and appreciation to you all from Hal and the entire Ketchum family. ❤ 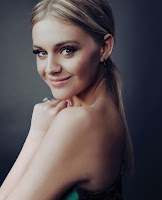 25 year old Kelsea Ballerini was inducted as the newest and youngest current member of the Grand Ole Opry by Carrie Underwood, during her performance on Tuesday night.
After recounting her first visit to the Opry as a fan, her 2015 Opry debut, and subsequent Opry appearances, Ballerini said, “Grand Ole Opry, thanks for seeing something in me and for believing that I’ll always love you like I do because I do, and I will.”
Kelsea has just undertaken her first headlining arena tour which runs into mid-May across America.