Los Angeles prosecutors have charged  Emmylou Harris with a misdemeanor hit-and-run related to an accident last year.
The Grammy-winning singer was charged for failing to exchange information with a driver whose car she hit on a freeway on Oct. 1.
The criminal complaint did not contain additional details about the accident or how much damage occurred.
Harris continues to tour and is scheduled to release an album of duets in late February. 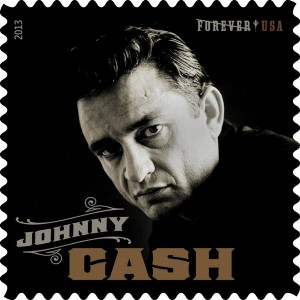 Johnny Cash  is set to be honoured with his own stamp from the U.S. Postal Service.
Cash's stamp, which will be issued later this year, is part of the Postal Service's "Music Icons" stamp series. The photo featured was taken by Frank Bez during a photo session for Cash's 1963 album "Ring of Fire: The Best of Johnny Cash."
The Cash stamp is being issued as a "Forever Stamp," which means it will remain equal in value to the current First-Class Mail one-ounce rate.


The Golden Guitar Awards, Australia's big Country music awards were presented on Saturday night, Australia Day, and it was a big night for Troy Casser-Daley, who won Male Vocalist, as well as Album and Song of The Year for "Home".
Kasey Chambers and husband Shane Nicholson, whose "Wreck & Ruin" album will be the FeaturedCd on Celtic Music Radio's "Celtic Country" this week, were named Vocal Duo or Group Of The Year
Catherine Britt won Female Vocalist., and talking about Ladies, Felicity Urqhart, Tamara Stewart  & Sara Storer, collectively called Women In Song, were named Vocal Collaboration.
The McClymonts had the biggest selling Australian Country album, and another lady, Chelsea Basham was named New talent Of The year
The Heritage Song Of The Year was won by Luke O'Shea for "The Drover's Wife", and Bush Balladeer was Graham Rodger.
Despite Hank Snow having the huge hit with "I've Been Everywhere", the CMAA in Australia gave it's writer,   Geoff Mack their Lifetime Achievement Award at their annual awards in Tamworth.
The outback tent show veteran,  recently celebrated his 90th birthday.

With the weather at it's winter worst, time to look ahead to Spring Into Country, the annual all day event, which this year is lined up for Sunday 5th May at The David Lloyd Leisure Centre, at Arkleston Road, Renfrew.
Featuring American fiddler & singer John Permenter,alongside Jolene & Barry, Stillwater  and Wayne Stewart, the event runs from 2-11pm.
Tickets are £14 (booked by April 15th), from Iain on 07749 852305, or online @ www.springintocountry.co.uk

Fans of John Denver havea special night coming up in Renfrew next month. The award winning Gary Perkins brings his John Denver tribute show to The David Lloyd Leisure Centre on Friday 22nd March.
The evening takes the form of a dinner dance, and tickets priced£30 are now available from Joan on 07814 371115.

Alloa's Prairie Star kick off the New Year on Saturday night (5th) with a visit from WAYNE STEWART to their Weirs Social Club venue. The club are planning a 6 hour musicfest to mark their 25th birthday in April.


Just one day shy of his 74th birthday, bluegrass legend Mike Auldridge lost his battle with cancer.
He become well-known for taking the "dobro" guitar to a new level.
The life-long D.C. resident played with a band he co-founded, The Seldom Scene, every Thursday night to a sold-out crowd at the Birchmere music hall in Alexandria, Virginia.


American singer Patti Page, one of the most popular artists of the 1950s, has died at the age of 85.
She recorded four US number-one hits, including Tennessee Waltz and the novelty record (How Much Is That) Doggie In The Window.
Born Clara Ann Fowler into a poor family in 1928, she was discovered singing on local radio.
She signed to Mercury Records, where she became their star female vocalist, selling more than 100 million records. .Page became a fixture on US television.with  The Patti Page Show and its star was nominated for an Emmy award in 1959.
She also acted in films, including Elmer Gantry alongside Burt Lancaster.

Tennessee Waltz, her biggest hit, topped the charts in 1950-1951 and was the last song to sell a million copies of sheet music.
She was to have been honoured with a Lifetime Achievement award at next month's Grammy ceremony.